Getting Vision Zero Back on Track 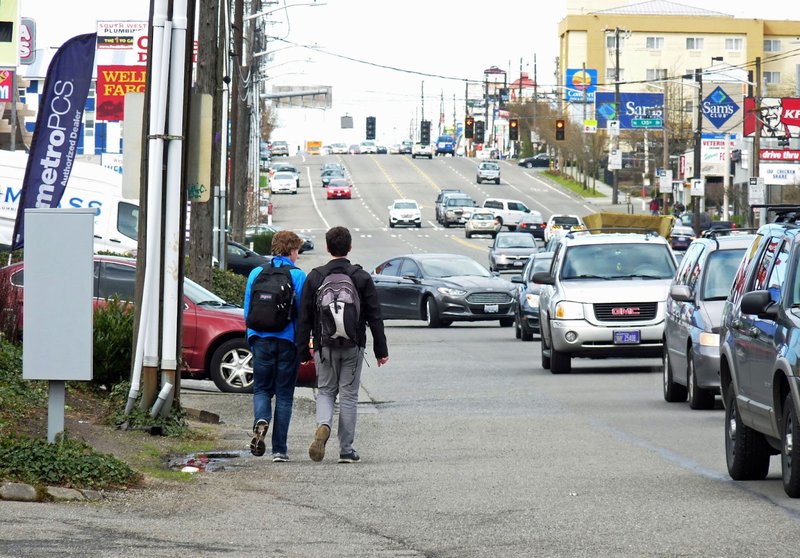 Problem: 80% of pedestrian fatalities in Seattle happen on multilane arterials.

Solution: The single most important thing the city can do is redesign dangerous streets.

Reducing the number of lanes and converting the extra space to widened sidewalks, protected bike lanes, bus lanes, or even planting strips for street trees is the most effective strategy. The West Seattle bridge repair project demonstrated that SDOT can still do big things, well, and quickly. SDOT can deliver on safe street projects with a similar proficiency if it has mayoral backing.

Aurora Ave: 12 people were killed on Aurora in the last three years. SDOT’s study for improvements is underway.

Ask: Support the implementation of a robust Aurora Ave “demonstration project” as defined by the state legislature through holistic “all hands on deck” inter-departmental approach, building towards a bold vision for the entire street. 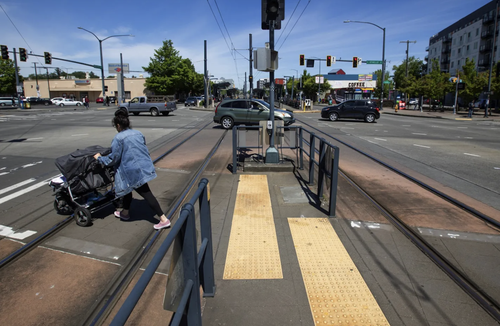 MLK Way S: 9 people were killed on MLK in the last three years. People continue to get hurt along this poorly designed corridor, and efforts to fix it have been lacking. 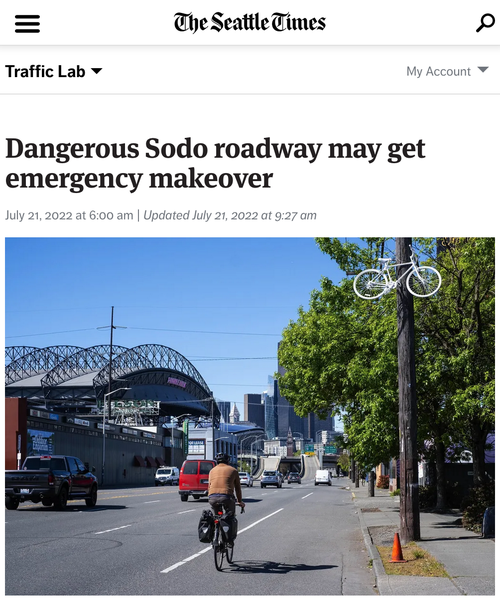 SODO: 18 people were killed in SODO in the last three years. Many streets in SODO are dangerously and unnecessarily wide, lack sidewalks, protected bike lanes, and have few or perilous crosswalks.

Ask: Reject the false choice between freight/blue collar jobs, and the safety of people trying to get to those jobs — the movement of reliable freight and safe movement of people can coexist in #OneSeattle. Ask them to come back to you with a holistic plan for SODO safety.

Ask: Implement interim improvements on 4th Ave where many people have died, and study the effects afterwards rather than tying up modest improvements in years of delay.

Other dangerous arterials and the Seattle Transportation Plan:

Ask: SDOT should begin to develop bold safety redesigns for other known dangerous streets such as Rainier Ave S and Lake City Way. These redesigns should be incorporated into the Seattle Transportation Plan and funded in the next transportation levy and through state and federal sources. 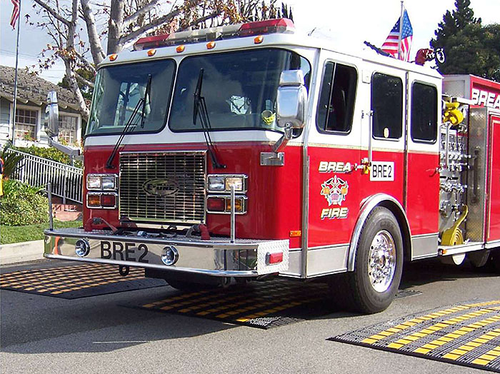 Ask: Work with the Fire Department to test this solution by adding speed cushions along arterials around the city with known speeding issues, and measure SFD response times and the number of crashes. This solution should be rapidly deployed on dangerous arterials across the city. 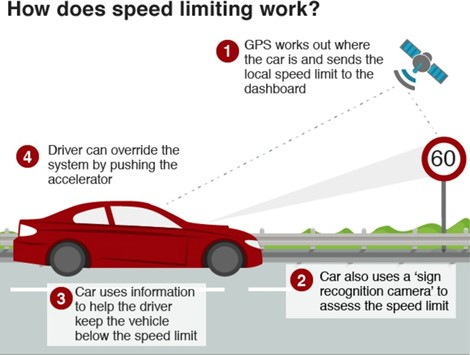 Solution: Intelligent Speed Assistance systems are an incremental step towards vehicles that do not exceed the speed limit. This modest intervention alerts drivers that they are exceeding the posted speed limit. NYC is beginning to implement it in municipal vehicles, and all cars sold in Europe will have the technology by 2024. 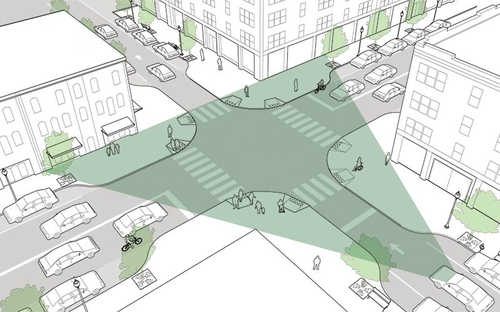 Problem: 59% of all pedestrian fatalities occur at intersections.

Solution: Improve visibility at intersections: Hoboken, New Jersey has reached Vision Zero, and credits much of their success to making it easier to see at intersections by restricting illegal parking with posts or curb bulbs, while slowing down turns.

Ask: Start a visibility at crosswalks initiative for every crosswalk.

Solution: Pedestrian head start signals (AKA leading pedestrian intervals) reduce serious collisions by 35%. Seattle has made great progress on this!

Ask: Implement a designated left turn phase at every signalized intersection where left turns are allowed. Ban right on red as the default for every intersection. 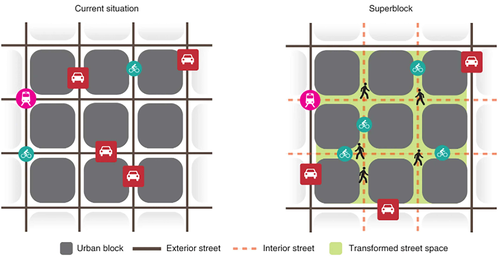 Solution: Superblocks. Barcelona-style superblocks create low-traffic zones in places with a high concentration of pedestrians, greatly reducing their exposure to potential dangers. When constructed properly, superblocks use diverters that reduce both the volume of traffic and the number of conflict points at intersections. The key traffic diversion elements can be constructed at very low cost using paint and plastic posts, with hardscape added later. In addition to addressing a problem, superblocks create opportunities for public space, commerce, recreation, and community-building.

Ask: Craft policies and plans (like the STP) to support the creation of superblocks and begin pilot projects. 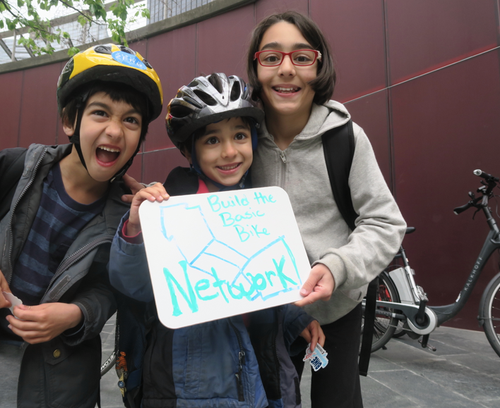 Problem: 80% of people killed while biking happened where there are no bike lanes

Solution: Build protected bike lanes. Protected bike lanes make streets safer for people who bike, and encourage people of all ages, abilities, and backgrounds to bike. Furthermore, they actually make the road safer for everyone regardless of how people travel.

Ask: Craft an even bolder vision for bicycling in the new Seattle Transportation Plan and the next levy (the old BMP should not be the limit for our city’s vision).

Solution: Budget like safety is the top priority. Any other department that had faulty infrastructure that was killing people on a routine basis would pause other priorities and address their urgent safety issues. Budget increases in recent years by the council and mayor are important steps in the right direction, but many critical safety projects remain unfunded or underfunded.

Problem: Critical safety projects are frequently delayed, watered down, or canceled all together. Historically, even after projects have gone through planning and are fully funded, the two biggest blockers to implementing life saving projects are the mayor’s office and old fashioned thinking within SDOT.

Solution: Executive leadership. There is simply no substitute for direction from the mayor’s office that safety must be the city’s top transportation priority — especially when it’s challenging or controversial. Pronouncements from Mayor Harrell on Vision Zero are welcome, and safety must continue to be the top priority, if we are to make real progress.

Solution: Improve project evaluation. Despite adopted city policies on safety, health, equity, climate, age friendliness, accessibility, and other factors, many SDOT projects are still largely evaluated and presented to the public and decision makers for evaluation based on to what extent they impact single occupancy vehicle delay.

Ask: When developing projects or alternatives for internal or public review, present a holistic view of the tradeoffs. Make moral choices clear. Prioritize safety above other considerations.

EX: if implemented, this safety project would likely reduce fatalities, increase accessibility, reduce the burden of crashes on people of color, make the street more accessible for people of all ages and abilities, but increase car travel time over the status quo.

Solution: Improve the project development process. Old fashioned engineering thinking within the department that prioritizes the movement of single occupancy vehicles over our city’s safety, health, equity, and climate goals must come to an end. Historically, many of these barriers have arisen when projects need approval from the operations division.

Ask: Change the people, priorities, policies, or power structure within the department to remove the impediments to rapidly and boldly developing and implementing safety projects.

Ask: Strategies and projects identified as important in the BPSA or through future similar analyses should be greenlit by default rather than on a case by case basis.

Ask — for safety projects: Engagement should seek to understand real potential harms (such as the loss of a loading zone for a business, or the impact the lack of a crosswalk would have on a senior center) of a project and address them as best as possible, while separating out mere complaints (such as those displayed at right). By doing this, the public and decision makers can better understand the real impacts of a project and mitigate them as necessary, while not getting bogged down with inevitable complaints about change.

Ask — for placemaking projects: Projects that are primarily about creating community spaces such as parklets, plazas, street art, and open street events should receive a more rigorous level of community engagement (compared to safety projects) — namely co-creating the project with SDOT. This will ensure that these spaces best reflect community needs, desires, and become well loved spaces.

Seattle police issue just 25-40 traffic tickets each day, and those go to Black drivers at a rate three times higher than their share of the population. Unarmed, non-police traffic monitors can more effectively prioritize safety-related stops and reduce biased enforcement and racialized violence.

Ask: Design a pilot program to explore how traffic enforcement could be civilianized in Seattle and begin the culture shift required to align with SDOT’s mission and vision of safety and equity.

Solution: Make automated enforcement more equitable and less punitive. Automated ticketing in Seattle, especially speed cameras, have been shown to have safety benefits, and are a significant step better than enforcement by uniformed police officers. But traffic cameras are disproportionately located in communities of color, and tickets can be a significant financial

burden for low-income residents. Before we expand this program, we need to take steps to make it more equitable.

Ask: When implementing automated enforcement, develop a site-specific plan for additional physical traffic calming improvements and eliminate the need for enforcement in the future.

Ask: Increase cameras in wealthier areas of the city with fewer people of color to address equity concerns.

Ask: All cameras should issue warnings instead of tickets for first-time violations. This is likely to be effective, as 95% of Seattle residents never receive a second ticket at a specific camera location.

Ask: Work with Seattle Municipal Court to set ticket fines based on income or ability to pay, and create additional and more accessible alternative options for those who cannot afford to pay a ticket.