Big News! Thanks to advocates like you, the Seattle Department of Transportation just announced that part of Lake Washington Boulevard will be OPEN for the long Thanksgiving weekend for people to walk, bike, and roll, and will be closed to vehicle thru-traffic!

Volunteer or chip in so we can continue to advocate for Lake Washington Boulevard, and other streets to stay open to people to walk, bike, and roll. 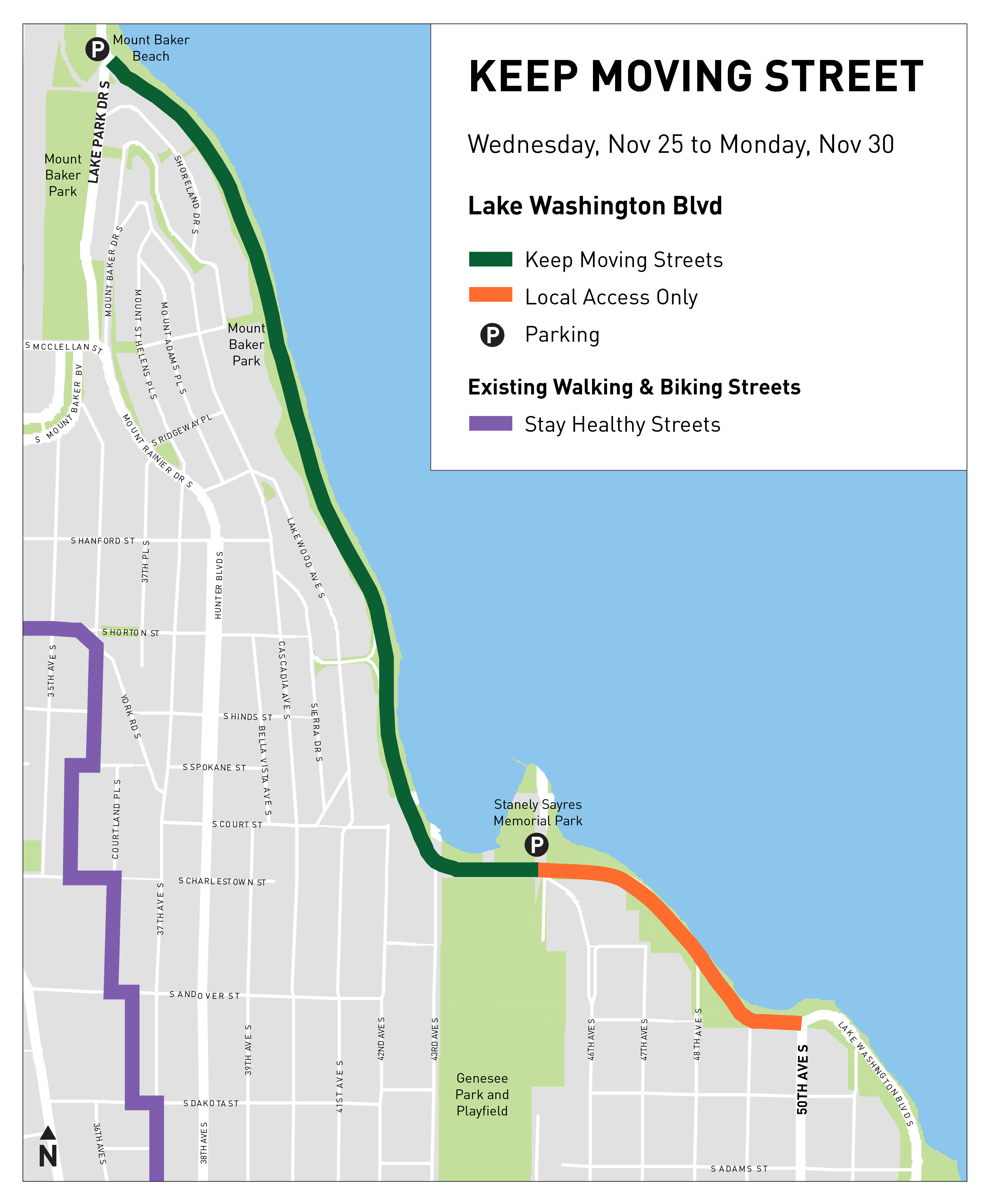 At the beginning of the pandemic, people across Seattle were clamoring for more spaces to safely walk, bike, roll, and run. So with your help, we envisioned a network of 130 miles of streets to give people more space. The city responded and launched the Stay Healthy Streets program, including a pilot Keep Moving Street on Lake Washington Boulevard. It was so popular the city government received thousands of supportive comments, including over 1,000 people signing on to Rainier Valley Greenways - Safe Streets petition asking the city asking to keep it open on weekends at least and engage community. Unfortunately, the street switched back to a car thoroughfare in late October.

Now, thanks to amazing advocates and supporters like you, the Seattle Department of Transportation has made a short-term decision to reinstate the “Keep Moving Street” on Lake Washington Blvd. The street will once more be open to walking, biking, and rolling from Wednesday Nov 25 through Monday Nov 30. They have also pledged to engage the community in a conversation about keeping the street open permanently.

And we're not stopping now. Here are three things you can do to keep this momentum going: