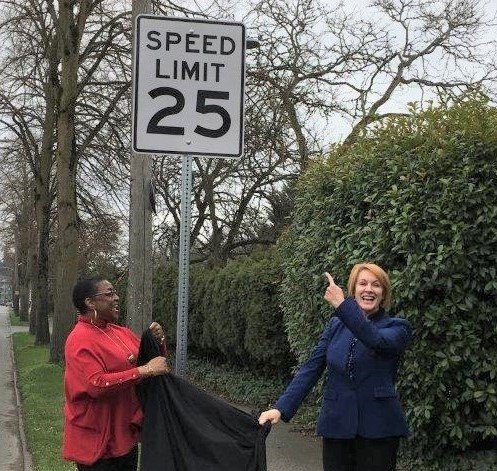 We can and must keep everyone safe on our streets. This morning, Mayor Durkan outlined four excellent and long overdue strategies to get back on track. Join us and send a letter to the Mayor and other elected leaders thanking them for their leadership and ask them act quickly to implement safer speed limits, redesign our most dangerous streets, and get Vision Zero back on track.

We are in the middle of a pedestrian safety crisis.

In the few weeks since we first wrote that Vision Zero is off track in Seattle (12 people had died and 70 had suffered life-altering injuries after being struck by vehicles when walking and biking on our city streets, so far this year), three more pedestrians have been struck and killed in two separate incidents:

This brings the total number of people killed while walking or biking in Seattle to 15 in 2019 alone, making this one of the worst years in recent memory. 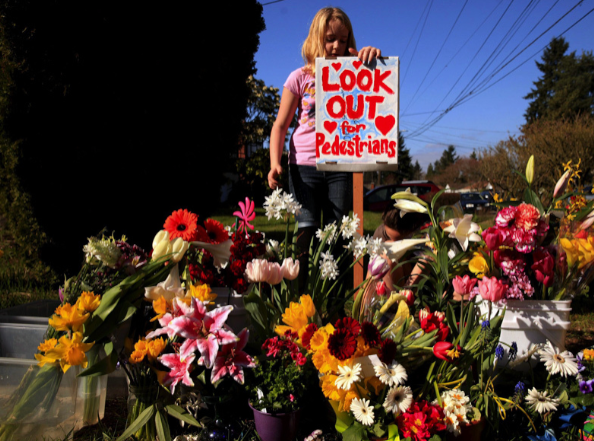 And these are just the people who have lost their lives on our streets. There have been many others who have suffered life-altering injuries such as a 60-year-old pedestrian still in critical condition after being struck on December 4 while crossing the street at Columbia Street and 4th Avenue downtown — the same intersection where a woman was struck and killed in January of this year. And over two consecutive days, two people on foot were struck by drivers and injured at Delridge Way SW and SW Orchard Street.

The strategies Mayor Durkan outlined this morning are excellent and long overdue — we welcome and applaud these critical steps:

1) Safer speed limits: Safer speeds save lives. We know that Seattle’s arterial streets are where 90% of road traffic deaths and serious injuries happen. That’s why it’s so important that the mayor sent an easy-to-understand message today about safer speed limits: once the signs are changed, wherever you see a painted centerline (indicating an arterial street) in Seattle, you should be driving 25 mph, and wherever you don’t, you should be driving 20 mph.

Seattle Neighborhood Greenways has been working to reduce speeding for years. Back in 2015 our advocacy for traffic safety culminated in the city’s adoption of Vision Zero, the goal of zero traffic fatalities or serious injuries by 2030. In 2016 our Safer Speed Limits for Seattle effort led to all 2,400 miles of non-arterial streets being changed to 20 mph. This made a huge impact for people walking and biking on neighborhood streets, but expanding these safer speeds to our busy streets has been slow and piecemeal. We’re thrilled that the Mayor is now taking on a systemic approach, and are eager to see it implemented as quickly as possible before more tragedies occur. 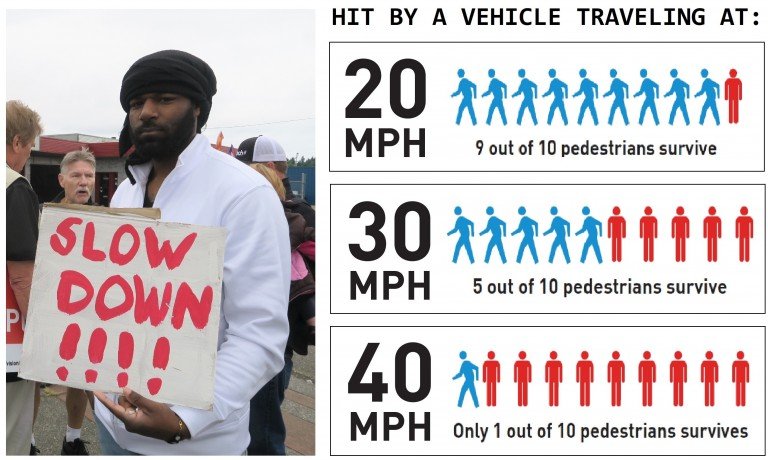 2) Red light running prevention: Running red lights endangers everyone, so doubling the number of cameras that catch and fine red light runners just makes sense. Automated systems like this limit biases in enforcement (and an ideal system would also issue tickets based on income to limit regressive impacts on low-income neighbors). 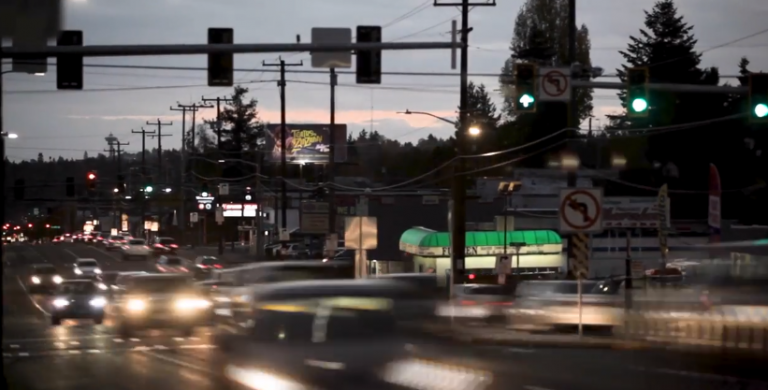 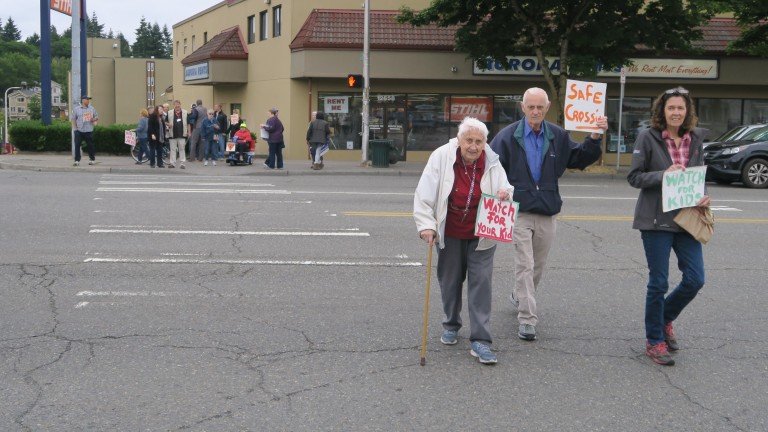 4) Vision Zero Task Force: This panel of experts will ensure we treat traffic violence like the public health crisis that it is, and provide transparency, accountability, and leadership for Vision Zero. A Vision Zero Task Force comprised of public health officials, first responders, roadway designers, and advocates for seniors, the disability community, and pedestrians, should analyze each and every deadly crash to provide recommendations for how what can be done to achieve Vision Zero. Part of their work will inevitably be analyzing what can be done about emerging trends like the rise in deadly-sized SUVs and increased distracted driving.

These are welcome first steps but much more remains to be done.

Communities along Rainier Ave S and Aurora Ave N, Seattle’s #1 and #2 most dangerous streets respectively, have been clamoring for safer streets for years. The planned redesign of Rainier Ave S cannot come soon enough after years of delay. And sadly, Aurora Ave still lacks basic pedestrian safety improvements like sidewalks and safe crosswalks for long stretches, which must be addressed as quickly as possible. The city can do much on its own, but the recent fatalities on Aurora Ave, a state route, must also be a wake up call to state legislators. Redesigning our streets is the most effective and equitable approach to keeping people safer on our streets and should be the center of any effort moving forward, while education, encouragement, and enforcement should mainly be supplementary strategies.

If we are truly going to make progress on Vision Zero, we must give the Department of Transportation the political support to implement best practices and innovate new ways to keep everyone safe on our streets—even when those changes are hard. We see today’s announcement as a tremendous step in the right direction. We will continue our work until every neighborhood is a great place to walk, bike and live — where no one loses their life or is seriously injured trying to get to where they need to go. 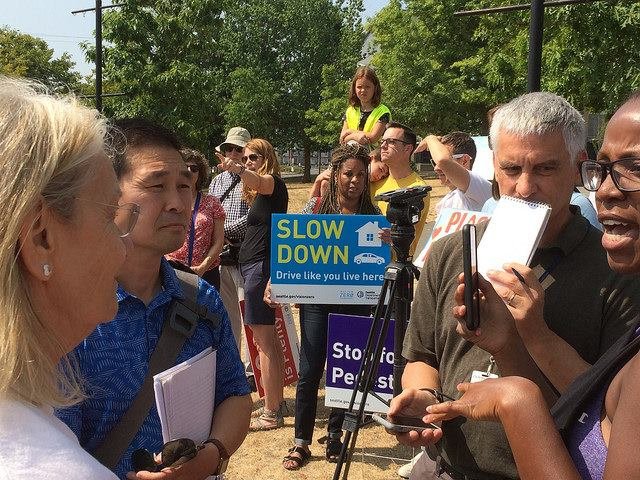 Care about ending traffic violence? Here are three ways you can help keep everyone safe on our streets:

1) If or when you drive, maintain a safe speed (i.e., below the speed limit and suitable for conditions), and be alert for people walking and biking.

2) Send a letter to the Mayor and other elected leaders thanking them for their leadership and reinforcing the need for safer speed limits, redesigning our most dangerous streets, and getting Vision Zero back on track.

3) Get involved in advocating for traffic safety in your neighborhood.

Together, we can help Seattle make the changes necessary to achieve Vision Zero, and make sure everyone makes it home safely. 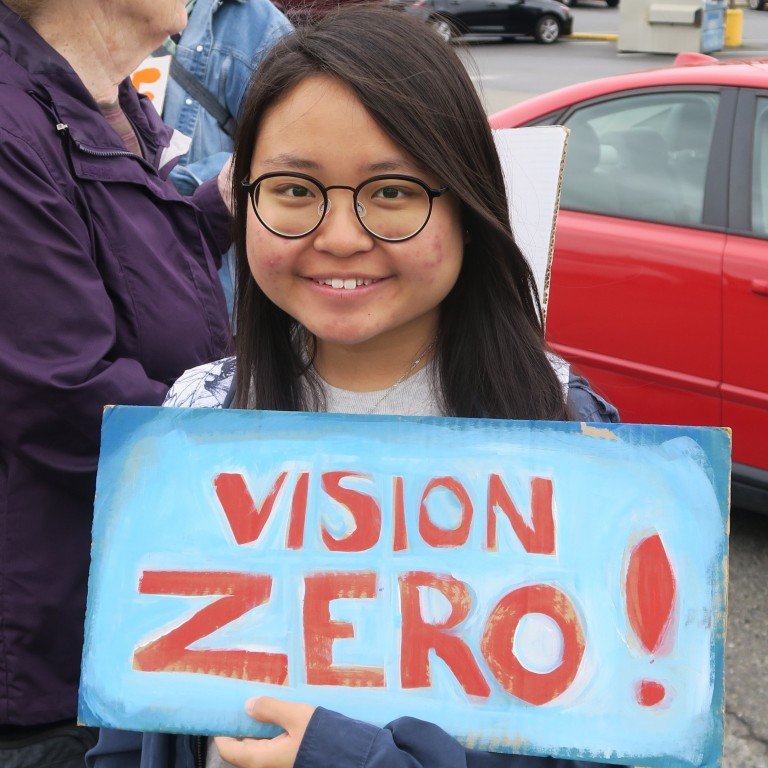