Can you take a moment this Earth Day to help protect $80 million in funding for walking, biking, and transit projects from the chopping block? Your voice is needed — Click here to send an email to City Council.

The Seattle City Council is proposing to redirect $80,000,000 from walking, biking, and transit projects to pay for bridge repair over the next twenty years. While we are supportive of increased funding for bridge repair, Seattle is more likely to get state and federal dollars for bridge seismic retrofits than for walking and biking projects. Which is why making sure local dollars go to walk/bike/transit projects is so important.

To explain further, there is a fee called the Vehicle Licensing Fee (VLF) that is applied to every car registered in Seattle. It was briefly killed by Tim Eyman, and then restored by the Washington Supreme Court.

In the fall, the Seattle City Council authorized a $20 VLF and asked the Seattle Department of Transportation (SDOT) to engage stakeholders in creating a spending plan. Seattle Neighborhood Greenways was a part of that stakeholder engagement along with a long list of organizations. 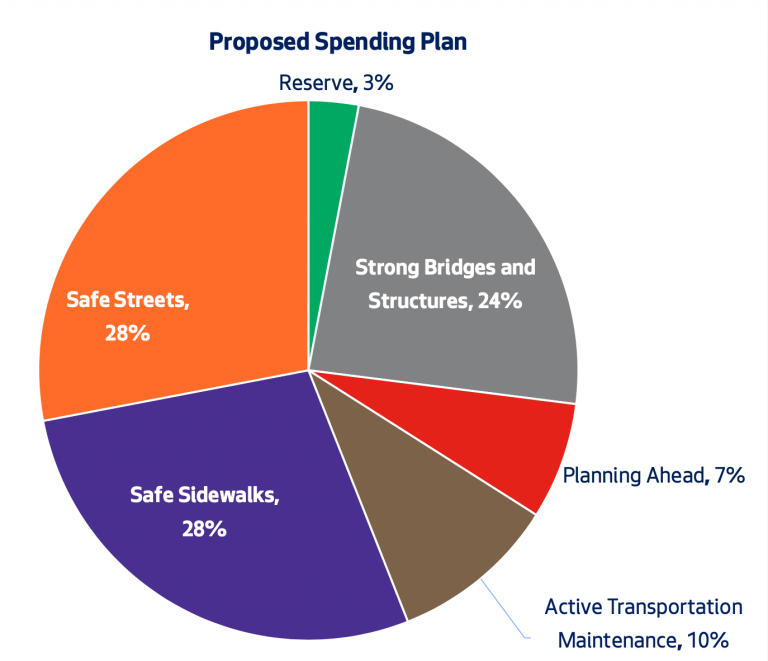 The final proposal from SDOT dedicated 28% of the fee revenue to Vision Zero projects, 28% to sidewalk repair (with an equity and transit focus), 24% to maintaining bridges, 10% for maintaining safe bike routes, 7% for walk/bike/transit planning (like updating the very outdated Transit Master Plan), and setting aside 3% as a reserve. With only $7 million per year to divvy up among these multiple categories, that may not sound like a lot, but it would actually make a big difference.

Vision Zero (28% of the funding for “Safe Streets”)

As you may have heard, Seattle is not making progress on Vision Zero, the city’s goal to reduce the number of road-traffic deaths and serious injuries to zero by 2030, which has been brought into sharp relief by three tragedies in the last month in Georgetown, Lake City, and Seward Park. SDOT just released data finding that the burden of traffic fatalities falls disproportionately on Black Seattle residents, and over the last five years SE Seattle’s District 2 has had double the number of fatalities as any other council district. The Vision Zero team at SDOT knows what/where the main issues are, but they have been chronically underfunded to achieve their mandate. This funding would double the Vision Zero budget, allowing SDOT to redesign more of our dangerous streets like Rainier Ave S, MLK Jr Way, Aurora Ave, Lake City Way, and others. 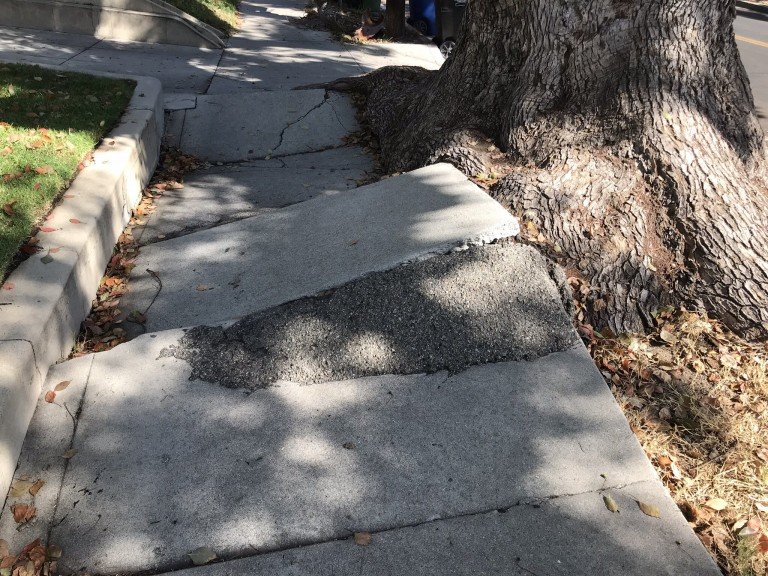 Safe Sidewalks (28% of the funding)

Our sidewalks should be safe and accessible for people of all ages and abilities. But right now there are 156,000 known sidewalk maintenance issues, making the sidewalk network we do have increasingly inaccessible to people with disabilities, the elderly (trip and fall hazards are a serious issue), and parents pushing strollers. Additionally, the City of Seattle was successfully sued for failing to retrofit curb ramps to make crosswalks accessible. This funding would fix hundreds of inaccessible sidewalks and crosswalks each year, making our city more accessible to all. 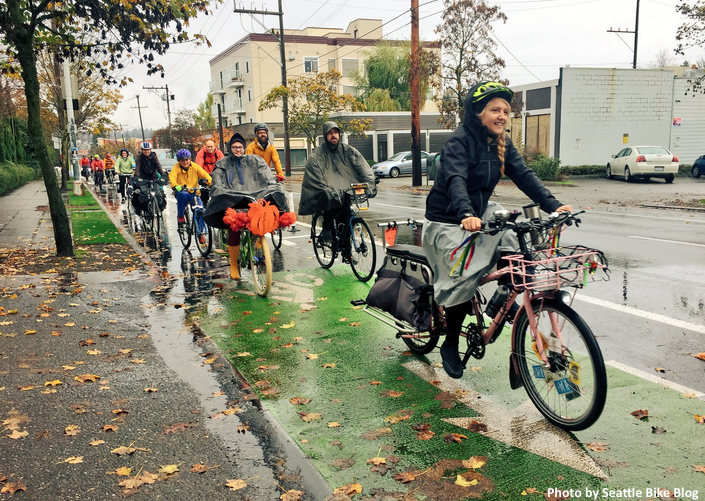 Safe Bike Routes (10% of the funding for “Active Transportation Maintenance”)

Maintenance and regular upgrades are key to making bike routes that are comfortable and convenient. Unfortunately, too many bike routes fade into obscurity, through city neglect and inattention, or lack true protection from cars (moving or parked). This funding would be the first dedicated source to make sure bike routes are maintained to an all ages and abilities standard, and would fund things like bike lane painting and replacement of barriers. 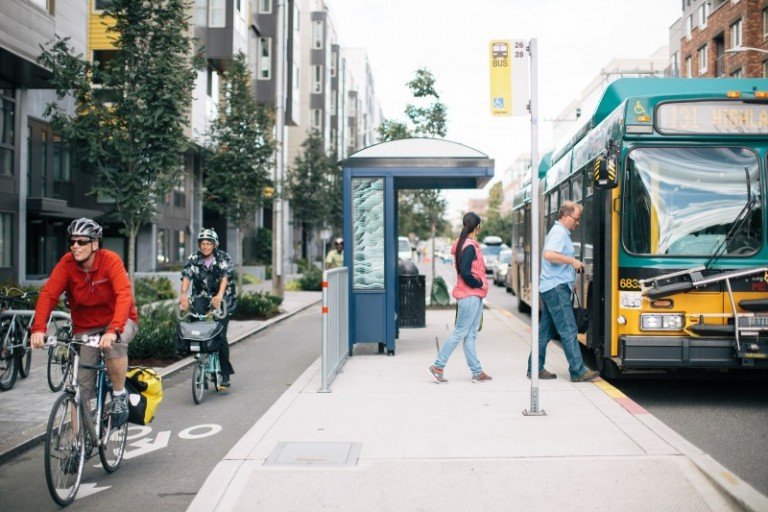 Planning Ahead (7% of the funding)

Political will, organized advocates, talented city staff, funding, and a good plan are the five key ingredients for making progress towards a city that’s better for walking, biking, and transit. Unfortunately, the Seattle Transit Master Plan is out of date, which transit advocates have identified as a key barrier to bringing more light rail lines to Seattle. SDOT is hoping to use this funding to create a multimodal integration plan, which many advocates are skeptical of, but it could be used to fund a new Transit Master Plan, helping guide future light rail and bus routes in Seattle.

Additionally, 24% of the funding, in the SDOT proposal, is dedicated to repairing bridges.

Councilmember Pedersen has a dramatically different plan for the VLF funds

Unfortunately, Councilmember Pedersen is proposing a dramatic re-allocation of these funds: redirecting a full 75% of the available VLF funding for bridge repair and leaving a mere 25% for “other transportation infrastructure.”

While we are supportive of increased funding for bridge repair, Seattle is more likely to get state and federal dollars for bridge seismic retrofits than for walking and biking projects. Which is why making sure local dollars go to walk/bike/transit projects is so important.

Right now, other City Councilmembers are considering whether to adopt his plan, or the plan that doubles the level of progress on Vision Zero, fixes hundreds of inaccessible sidewalks, repairs bike routes, and plans for a bright transit future. Which is why they need to hear from you.

So this Earth Day, please take a minute to send a message to the City Council asking them to protect $80 million for walking, biking, and transit projects.