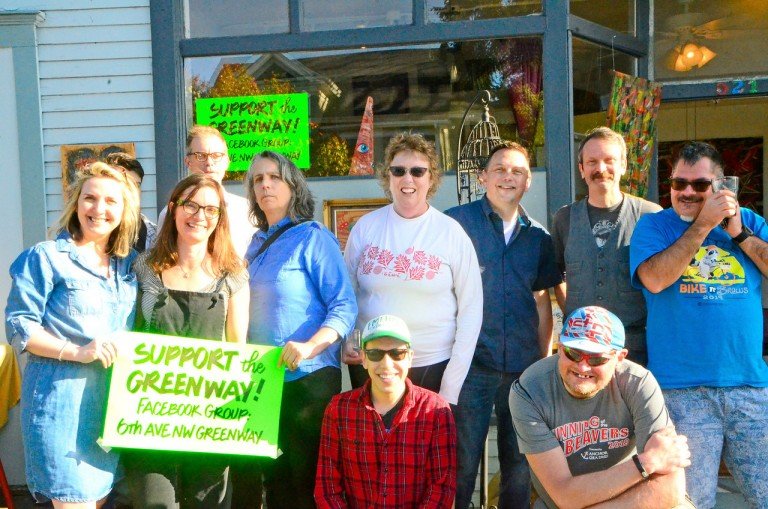 In November 2019, the first leg of the 6th Avenue Neighborhood Greenway gained funding via the Seattle Department of Neighborhoods’ Your Voice Your Choice program. In 2020, 6th Avenue NW, between NW 43rd and NW 50th Streets, will become a designated right-of-way, with bicycle-friendly speed humps, stop signs at east/west-bound intersections, and 20 mph speed limit signs. People riding bikes can connect to the Burke Gilman Trail at NW 43rd Street.

This is a “Yes we can!!” story of neighbors coming together for a common cause. Back in 2016, residents of NW 49th Street noticed a lot of cut-through traffic that was creating a dangerous, uncontrolled intersection at 6th Avenue NW. Mapping software such as Google Maps and Waze had begun directing more traffic through the neighborhood. 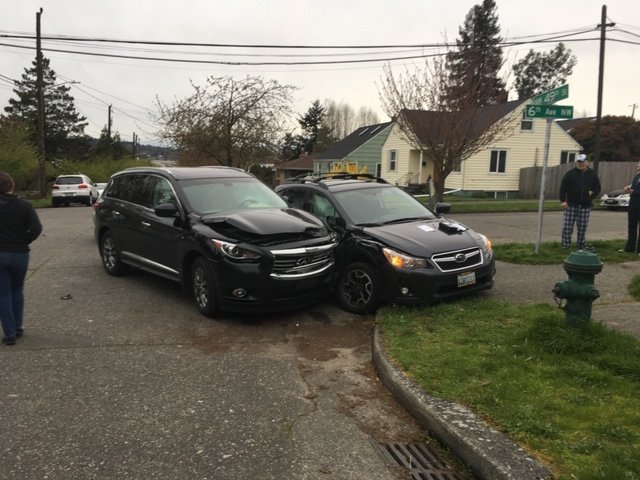 Car crashes were becoming common, and we were seeing a wide assortment of vehicles–including service trucks, semi-trucks, tour buses, tow trucks, and personal vehicles towing large boats–cutting through our neighborhood and speeding up our very steep hills (grades as high as 18% at NW Market Street).

Neighbors began searching for ways to discourage this cut-through traffic, and connected with each other in the process. We began hosting neighborhood block parties that closed down a section of the street for a few hours once a month from May through September, building neighborhood camaraderie while also blocking cut-through traffic. But by September of 2017, neighbor Julene Schmalz witnessed another near collision at 49th and 6th, and resolved to find a better solution before someone was either seriously injured or killed. 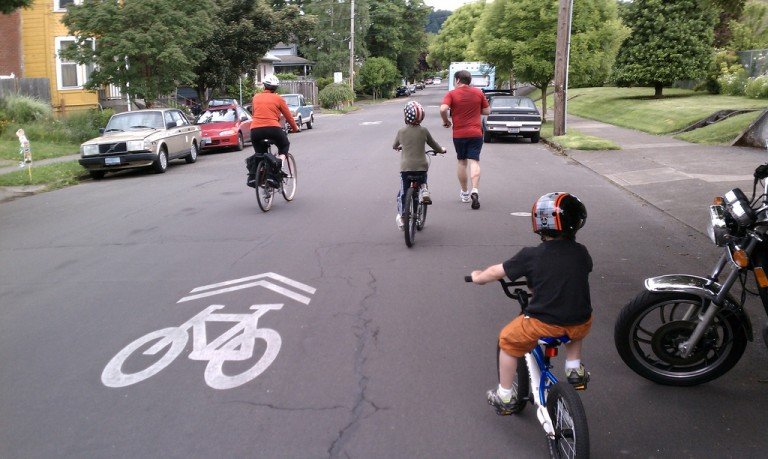 Julene researched online and spoke to Seattle Department of Transportation (SDOT). She learned about more ways to address the traffic problem, including play streets, painted intersections, and radar gun tracking. She also learned that the City at one time had wanted to designate 6th Avenue NW as a Neighborhood Greenway–a traffic-calmed street with low vehicle volumes and slow speeds that is prioritized for people walking and biking.

She also found the Department of Neighborhood’s Your Voice, Your Choice (YVYC) program, which awards $90K for small park and street improvements. She reached out to SDOT employees to meet and discuss the idea, and eventually received their support. It was too late for the 2018 YVYC grants, but Julene was not deterred–the delay also gave the neighborhood a year to build neighborhood support for the idea before the 2019 grant cycle. Julene put posters on telephone poles asking for neighborhood volunteers, and eventually amassed a list of 50 people. 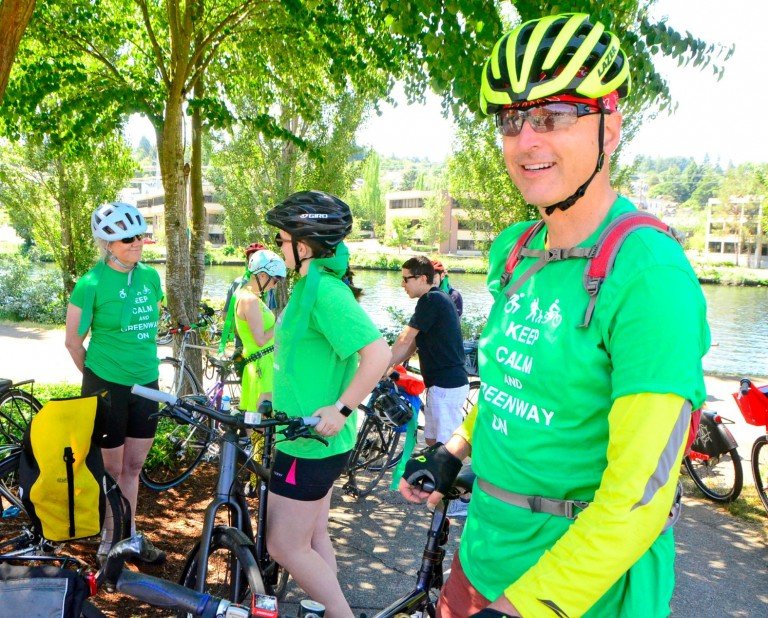 Volunteers participated in many different ways: we hosted street cleaning parties, weekly play streets, and block parties. One group wrote the YVYC grant application. Another obtained grant money from Groundswell NW. To communicate with the neighborhood, we set up a Facebook page for the project. We connected with the newly re-formed Ballard-Fremont Greenways neighborhood group, and partnered with Cascade Bicycle Club to host a celebration station on Bike Everywhere Day with donated raffle prizes and other goodies. We made “Keep Calm and Greenway On” T-shirts for the volunteers and other supporters. 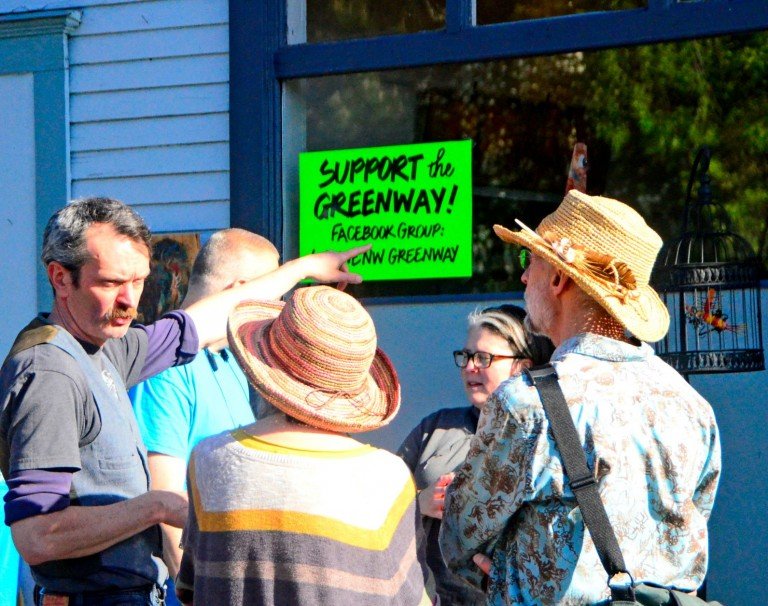 In the spring, we had a kickoff party at Jeremy Eaton’s EnERGETIC Studio. Photographer Cathrine Anstett donated her talents during events. Volunteer Sophie created artwork for our flyers, and volunteer children helped make posters. Gaylene Meyer created a video about the 6th Avenue NW Greenway project for her film-editing class. And neighborhood volunteers went door-to-door, educating neighbors about the project, answering questions, showing them how to vote.

Our hard work paid off. During the first round of YVYC project selection, 290 people agreed that our project was worthwhile. In September, for the final vote, we amassed 563 votes–the most for any project in District 6. We celebrated our victory with a night out with neighbors at Populuxe Brewery.

Construction will begin in 2020, and the planning for the next phase of the 6th Avenue NW Greenway is already underway (continuing north across Market to NW 58th St and West Woodland Elementary School) with the eventual goal of extending all the way to Holman Road in Crown Hill. 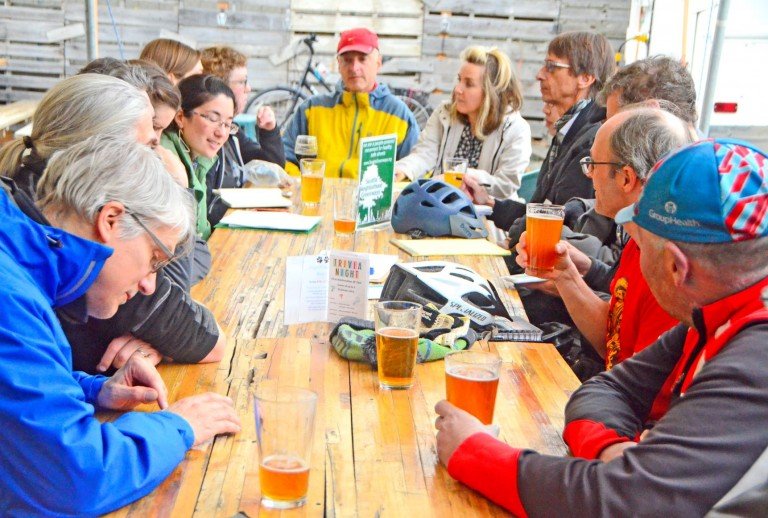 Congratulations to the whole team!! Thanks to everyone for their hard work, and especially: