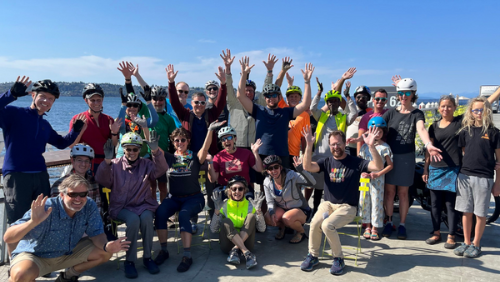 We’re making progress on the issues that you said mattered most. At Seattle Neighborhood Greenways we are a bottom-up organization, where our volunteer-led coalition sets our priorities for the year. And to make progress it takes all of us — staff, volunteers, and allies. Thank you for being a part of it! We hope you will take a moment to reflect on what we were able to accomplish together this year in our top five focus areas:

This year we had five major focus areas:

Our efforts to keep everyone safe on our streets won $50 million to fix part of Aurora Ave and commitments from the Mayor and new SDOT Director to prioritize safety over other concerns.

Whose Streets? Our Streets!

Our all-BIPOC work group conducted extensive outreach, engagement, and relationship building and released a report of BIPOC community solutions for community safety on our streets and in our public spaces.

Our campaign to connect every neighborhood with safe and convenient bike routes saw successes with the opening of new paths in Uptown, Green Lake, and the U-District, but setbacks in South Seattle where they are needed most.

We successfully advocated to make permanent this program that has supported over 300 small businesses converting car-parking to community space.

The Mayor reaffirmed the city’s commitment to make 20 miles of healthy streets permanent including Alki, and we won funding for permanent improvements to Lake Washington Boulevard. 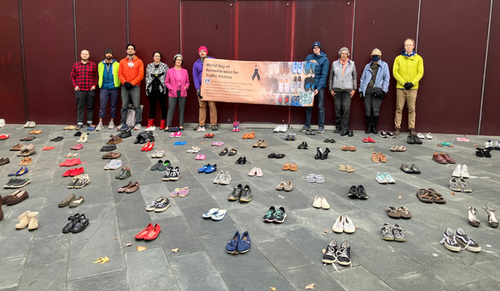 We believe that everyone should be safe traveling on our streets — no matter how you get around. Sadly, last year was the deadliest year on Seattle streets since 2006, with 31 lives lost — and this year is proving tragic as well. These crashes disproportionately claim the lives of our Black, elderly and homeless neighbors and are geographically concentrated in SE Seattle. But together we are holding the city accountable to make progress:

North Seattle neighbors in the Aurora Reimagined Coalition successfully won $50 million to fix part of Aurora Ave, Seattle’s most dangerous street, from the state legislature as part of the Move Ahead WA transportation package. 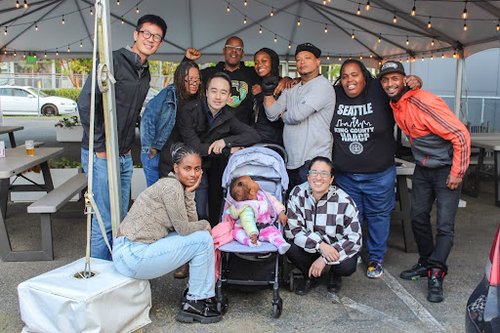 Whose Streets? Our Streets!

This all-BIPOC workgroup of Seattle Neighborhood Greenways group is dedicated to organizing BIPOC communities to gain full and free use of our streets and public spaces with solutions that arise from and directly serve our communities. This year… 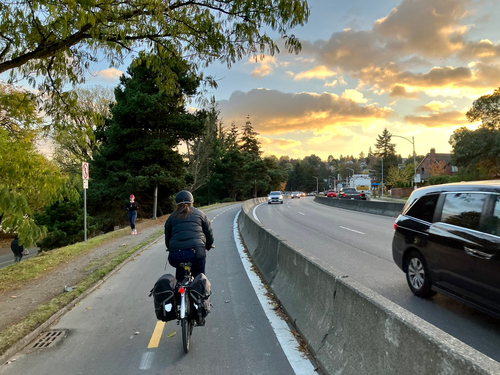 is our campaign to create safe bike routes for people of all ages and abilities that connect every neighborhood. This year we…

Won funding for bike routes in South Seattle through the City Budget. 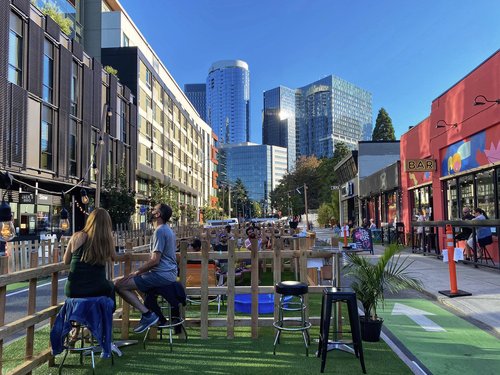 Thanks to your support, and letters from over 700 Seatteites, the City Council passed legislation to make cafe streets permanent! This legislation will: 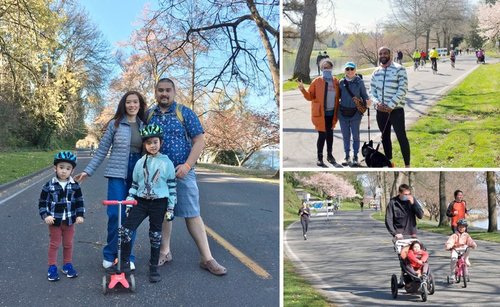 At the beginning of the COVID-19 pandemic we pushed for open streets as one solution to emerging community needs. The city has experimented with over 25 miles of these streets that are closed to through-traffic, but OPEN to people walking, rolling, and biking in the street. We believe that Healthy Streets should be the new default standard for the city’s Neighborhood Greenways program, and that all communities should have access to these family friendly spaces.

This truly is a people-powered movement, and we wouldn’t have made this progress without you. Thank you! If you are looking for meaningful ways to make a difference in 2023, I encourage you to volunteer, donate, and spread the word about this work by following our social media accounts.